José Vega was born at As Ermitas (O Bolo, Ourense, Spain). He has devoted his entire life to the sanctuary and its surroundings. He started as an altar boy when he was 5 years. Then he studied at the seminary and, since 2013, he has worked as a guide -despite not being a qualified tourist guide his knowledge about it is second to none. This cultural, artistic and architectural complex is becoming very popular among tourists, thanks to the internet bubble.

When was the sanctuary built?

The construction work started in 1624, after a miracle performed by Santa María das Ermitas to a bishop from Astorga, Don Alonso Mexía de Tovar. As Ermitas belongs to the Astorga diocese (León). The building was finished 140 years later.

What does the sanctuary mean to the municipality and the region?

It is the main tourist site in the municipality, along with the Castle of Bolo. The sanctuary of As Ermitas was the first Marian sanctuary built in Galicia. Afterwards, the sanctuary of Virxe da Barca was built in Muxía (A Coruña). Its façade was built around 1690 and is considered one of the finest examples of Galician baroque. Furthermore, it is represented by a Stations of the Cross, the only baroque example found in Spain.

So the Stations of the Cross are an attraction…

Sure. There are only three baroque Stations of the Cross in Europe, including this one. Here, every Holy Friday it becomes solemn and very special. Thousands of devotees gather for the procession and brothers and mourners take out the statues representing parts of Easter Story.

What is the Dormiñona Fountain?

It is part of the sanctuary. It was built for pilgrims to drink, cleanse and freshen up… It is located uphill, at the seventh Station, between the sanctuary and the fifteenth Station.

What grabs visitors’ attention most?

Upon entering, most visitors are striked by a small galleon holding at the main aisle. It represents a miracle by the Virgin to a navy officer at Baiona main square (Pontevedra). People from the coastline look puzzled as they would never expect to see a boat in the middle of the countryside. Also, at the Virgin’s niche there is the only painting in relief that can be found in Spain representing the Virgin and the twelve apostles.

How did the landslide affected the architectural ensemble in 1909?

The landslide resulted in 36 casualties, 27 collapsed houses and a damaged fifth Station of the Cross. The sanctuary was not affected, however it was ruined afterwards. Actually, a neo-gothic church was being built at the fifth station at that time but it remains unfinished, empty, without statues. It can still be visited though.

Do visitors come specifically to As Ermitas or do they get there while touring the area?

The river beach at As Ermitas attracts many tourists. Often, they visit the sanctuary after spending the day by the river and end up walking up the Stations of the Cross to the main road, or vice-versa. Furthermore, since 2016, there is a tourist train called “Tren do Viño Valdeorras-Ribeira Sacra” where tourists can travel from Ourense to A Rúa to visit D.O. Valdeorras wineries and, from there, they can get in a bus to visit the sanctuary.

Where do visitors come from?

They come from all over the world. We have welcomed vistors from Polland, France, Paraguay, Pakistan, and so on, besides people from Spain and Portugal.

How long have you been working as a guide here?

Before 2013, I used to do it now and then, as I was an altar boy when I was five. Now I do it every day. I was born here and I started to study at the seminary at 12. This seminary, subsidiary of Astorga (León), closed in 1965. By that time, there were 120 seminarians, 30 per class roughly. The main subject was latin (four courses), among others.

Have you noticed an increase in terms of visitors recently?

Yes, there has been a remarkable increase for the past three years. People mainly find out about us via internet. Well, word of mouth and agencies also work but internet is the main source I would say.

Do you think there are enough road signals to get to the sanctuary?

For the last year and a half the situation has improved. There are signs in A Rúa and A Gudiña. However, two signs were removed at the crossroads of OU-533, in A Gudiña, as this road belongs to the Spanish government and is not under Xunta de Galicia jurisdiction. We have already requested they be replaced, as they are crucial for us, but it takes a while.

Is it possible to book a guided tour?

Outside the opening times, I am also available for a guided tour upon request.

What would you say to someone who has not visited As Ermitas yet?

It’s a stunning place, with outstanding examples of Galician art: the sanctuary and the Stations of the Cross. It is a rich cultural, artistic and architectural complex. Besides this, from the spiritual point of view, it is a wonderful retreat. Our ancestors were so devoted to the Virgin that they came here on pilgrimage, on foot or walking on their knees. 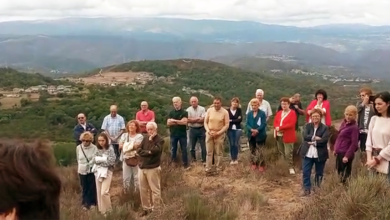 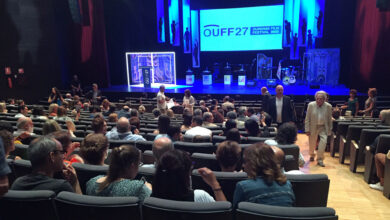 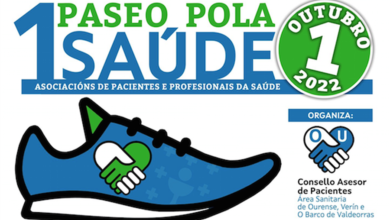 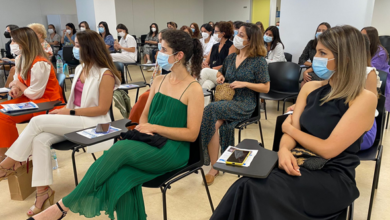